Share this page:
Listen
About us
Stay informed
We publish outcomes from SRCC meetings on our news page.
Learn about recent decisions

The Safety, Rehabilitation and Compensation Act 1988 (SRC Act) provides for the Commission to have 11 members.

The Safety, Rehabilitation and Compensation Commission (SRCC) has the following 11 Commissioners. Peter Richards has experience at senior executive levels in both State and Federal public sectors.

Peter has direct experience in workplace issues in a variety of industry sectors, including education, aviation, transport, manufacturing, building and construction and retail. Peter is also a qualified workplace investigator, having conducted investigations into a wide range of workplace conduct and behaviour issues, including organisation culture reviews. Trevor Gauld is the National Policy Officer for the Electrical Trades Union.

He has extensive experience as both an elected health and safety representative in the workplace and as a Workplace Health and Safety Permit Holder under the Work Health and Safety Act in the Northern Territory, Queensland and Tasmania.

He began working full time for the Union in 2008 and during that time has represented his Unions members' interests on a variety of working committees, boards and advisory councils at both a State and Federal Level. Trevor is experienced in working with industry stakeholders to improve workplace health and safety as well as the development and implementation of agreed industry safety standards including advising regulatory agencies and Government on the application of relevant legislative instruments.

Trevor advocates strongly for a sensible and reasoned approach to occupational health and safety that delivers measurable outcomes rather than simply another administrative checklist. He is passionate about implementing systems which genuinely improve safety outcomes in the workplace through effective consultation and the appropriate application of the hierarchy of safety controls. Melissa is the Deputy National President of the Community and Public Sector Union (CPSU).

Through her time at the CPSU Melissa has held a number of positions and overseen governance, industrial, and organising sections.

Melissa has worked across all areas of the Community and Public Sector Union including the federal public sector, telecommunications, broadcasting, and private sector industries since 2003.

Michael Flinn is the Executive Officer of the Australian Council of Trade unions and has worked within the Australian Trade Union Movement for over 35 years.

His professional background and training are in Education. He has worked as a teacher, as the National Secretary and the Victorian State Secretary of the Independent Education Union of Australia, Assistant State Secretary of the ASU of NSW, an Educator with the Aids Council of NSW, Chief of Staff to the Minister for Education in the Victorian Government, Executive officer of the CFMMEU, National Campaigns Co-Ordinator of the CFMMEU and is currently at the ACTU.

Michael has previously been a member of the ministerial advisory council on Gay and Lesbian Health. Louisa was elected by self-insured licensees to represent their views as a member of the SRCC.

Louisa has previously worked at the National Australia Bank (NAB) as Head of Health, Safety and Wellbeing.

Her team was responsible for health and safety, injury management and workers’ compensation for the approximately 30,000 employees across Australia.

She has a legal background in dispute resolution, practising in the area of insurance and risk. She also spent seven years as a Senior Legal Counsel with WorkSafe Victoria, where she was involved in the regulation of the compensation scheme as well as management of litigation at a scheme level.

Louisa is a Non-Executive Director on the Board of Victoria’s Transport Accident Commission (TAC) and chairs the TAC Board Risk Committee. She has a Bachelor of Arts and a Bachelor of Laws from Monash University, is an Australian legal practitioner and a Graduate of the Australian Institute of Company Directors. Jody Anderson is a First Assistant Secretary at the Attorney-General’s Department, within the Industrial Relations Group, and is also the Commonwealth representative of Safe Work Australia.

Prior to her current role, Jody held a number of senior executive positions within the portfolio, leading strategic policy and implementation. Michelle has more than 20 years of experience in the public sector and has held a range of senior positions in the Australian Public Service including leading agency change at the Fair Work Ombudsman; and roles in the safety and entitlements area, and the Council of Australian Governments Taskforce at the Department of Education, Employment and Workplace Relations. Catherine has extensive strategy and governance experience including over 25 years working in government across a range of economic, social and environmental areas.

Her long career in the public sector (Queensland Public Service 1991-2003, and the ACT Public Service 2003-2014), included Deputy Director-General roles in the ACT Government from 2006 to 2014 and acting as Director-General for substantial periods of time. For five years she held the key integrity and governance position of ACT Commissioner for Public Administration. She has extensive experience in the provision of strategic advice on public policy issues across many portfolio areas, including industrial relations and work safety.

In 2014, she embarked on a company director career and established her own consulting business, Governance and Policy Innovation. Over the last five years Catherine has served on a number of Boards including as Deputy Chair of the Australian Children’s Education and Care Quality Authority, and as a Commissioner on the SRCC. She has also undertaken numerous consultancies providing board strategy and governance advice.

Catherine is an Australian Institute of Company Directors graduate and has an Economics Degree from the University of Adelaide. 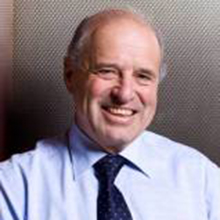 Member with qualifications or experience relevant to the SRCC's functions, or the exercise of its powers

Steve was a Member of the Australian Prudential Regulation Authority from July 2003 to June 2006 and was the Chief Operating Officer of RMIT University from 2006 to 2016. Member with qualifications or experience relevant to the SRCC's functions, or the exercise of its powers

During her 22-year career she has advised some of Australia’s leading brands as well as large public sector employers, on sensitive health and safety matters. This experience combined with her background as a former senior executive within a health and safety regulator sets her apart from her peers.

Her sense of community and commitment to health and safety are the driving forces behind her work.

She has been a member of the board of ACSO, a leading provider of forensic and community support services, since November 2017 and is a current member of the AICD.

Jane has a Bachelor of Arts and a Bachelor of Laws from the Australian National University. She is an Australian legal practitioner, admitted in New South Wales (1997) and in Victoria (2002).